Kimchi of Korean: Asia is probably one the most visited continents in the world. There are so many countries that share ancient traditions and culture: some are eccentric and some are just mind blowing. Not to mention the exotic dishes such chicken feet, grilled pork blood, fried intestines and aged egg.

It may sound ridiculous and disgusting but these are delicious and some are known to be aphrodisiacs. Not to worry because the following recipe is mouthwatering, scrumptious and non-exotic, as long as you can handle the heat.

Kimchi is a Korean traditional accompaniment. Back in the old days, the Koreans were used to salting fish and vegetables, due to the fact that fishing and farming were the main source of livelihood.

Kimchi started out as a fermented vegetable, with no pepper or spices, it is a lot similar to Germany’s Sauerkraut or the Philippines Atchara. The red pepper was later introduced in 1592 when the Japanese invaded Korea, but it was used popularly in the recipe until more or less 200 years after.

Although Kimchi cabbage or the jeotgukji is the most popular type of Kimchi known around the globe, there are two more kinds of Kimchi. The diced radish kimchi or the kkakdugi and the water kimchi also known as the dongchimi. The ingredients used are mostly the same with a slight difference with the protein and the vegetable that is used in the recipe. The procedure stays the same.

The best thing about Kimchi is that it stays tasteful or even better in long periods of time for as long as it is kept in a cool place and covered tightly. During the cold season Koreans used to keep their kimchi in jars and bury them to the ground as some sort of refrigeration and best fermentation. You can use the Cuisinart Custom 14 Food Processor to process food ingredients in a short time.

You Will Need The Following:

Allow the Kim Chi to ferment for at least 2 days. There are two option for this, refrigeration will allow fermentation to take in slowly, and leaving it in room temperature will make it quicker. 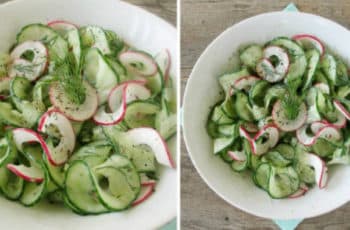 Consumers have never had a better selection of kitchen appliances … 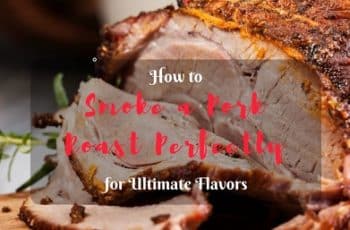 How to Smoke a Pork Roast Perfectly for Ultimate FlavorsContents1 …

Our website is made possible by displaying online advertisements to our visitors. Please consider supporting us by disabling your ad blocker.