You are here: Home / Recipes / Mars Bar Krispie Squares Recipe: How To Make?

Christmas is now, but a distant memory and I’ve found myself looking for chocolate-y treats again (who am I kidding, I never got sick of chocolate in the first place, but I know a lot of people do- including my parents- so I was banned from making chocolaty treats until I got back to London!).

The combination of the dark nights and staring back at uni has had me so tired that I’ve struggled to commit to any bakes that may keep me up too long! Instead, I’ve resorted to good old classics, which I know can’t go wrong and will be ready (& eaten) before bedtime.

Welcome the ‘Mars bar Krispies! They are one of my favorite, no fuss tray bakes, so quick and easy to knock up & they used to be a firm favorite in the boarding house (we were hounds! But can you blame us, who could refuse all that chocolate goodness).

You may be thinking, ‘aren’t they just chocolate Krispies but I would have to tell you to think again! The mars bar base is soooo much more decadent (obviously, they aren’t any showstopper, but they sure pack a punch in the flavor department!). 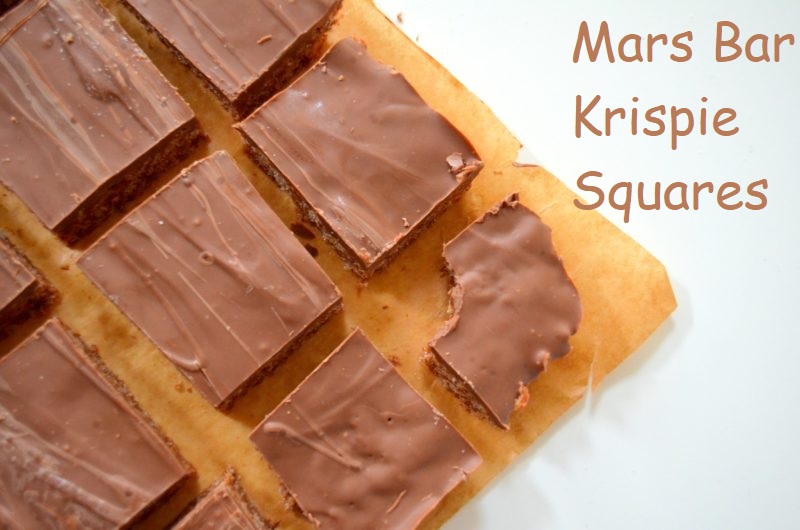 Have you managed to keep away from chocolate in the last month? (Did you even bother trying?!).

Pin me for later!